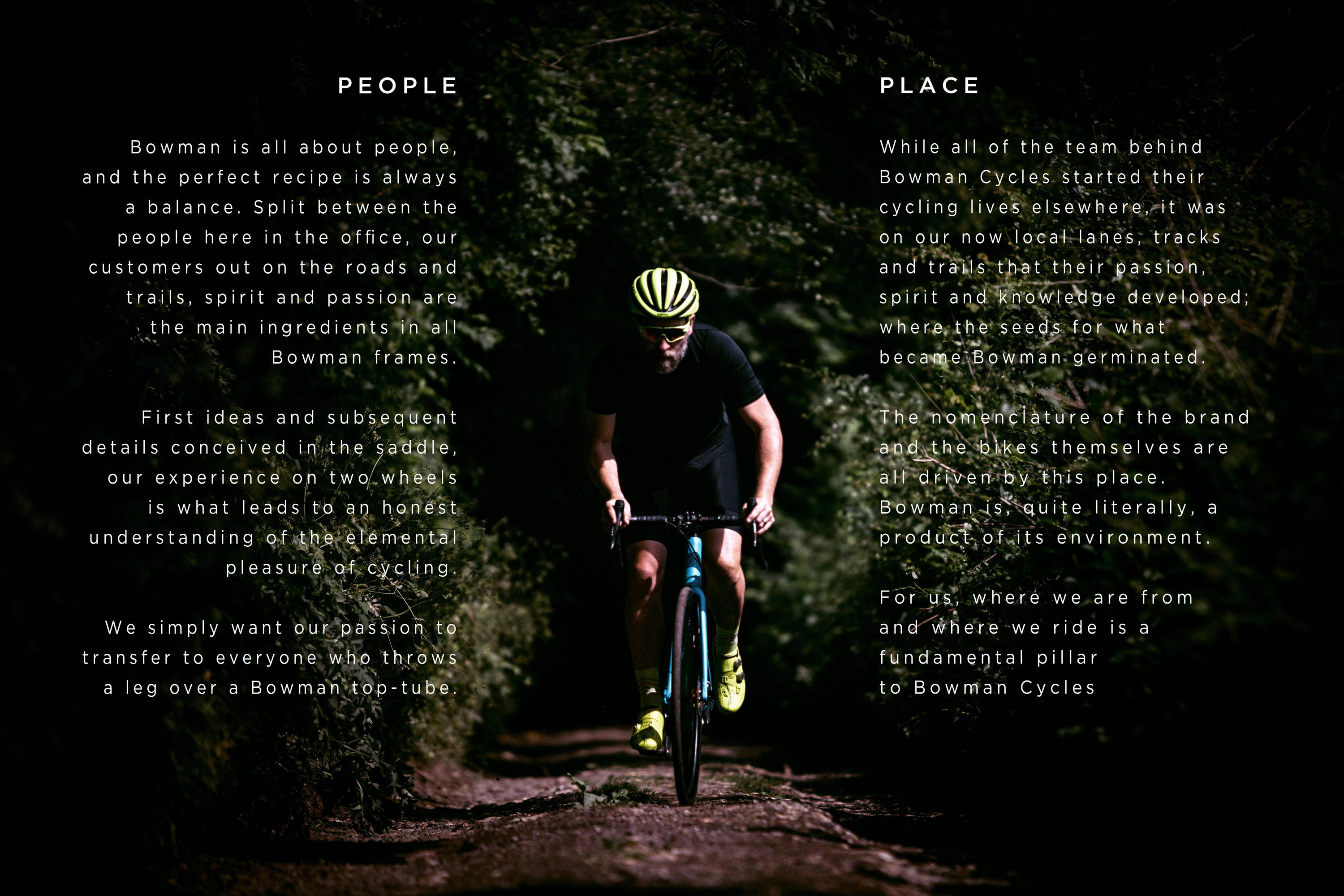 Great bikes for riders after something a little out of the ordinary; accessible bike frames with exceptional attention to detail. The team behind the bikes are inspired by our local environments: truly varied terrain influences both the riding and the time spent in the design studio. We want to do more than just sell you a dream; we want to help you Ride With Spirit.

We at Bowman love riding and racing; our experience on two wheels is what leads to an honest understanding of the elemental pleasure of cycling. We simply want our passion to transfer to everyone who throws a leg over a Bowman top-tube.

"After a lifetime of riding bikes, and a couple of decades working through product management, marketing, testing, journalism, design and writing within the bike industry, I have found myself at the helm of a bike brand that sprung from nowhere but my imagination and experience.
From BMX racing in my youth, through my teen and twenties mountain biking in the UK and beyond, to road racing and adventures after moving south. My aim is for Bowman Cycles to encapsulate every moment I have ever spent on two wheels. To capture the smile and sense of fun that every good ride gives you." 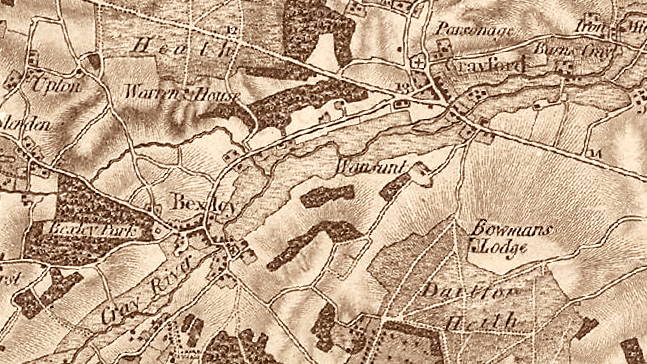 WHY BOWMAN?
We started on the northern edge of 127 hectares of open, wild heathland. On this heath, in 1785, the Society of Royal Kentish Bowmen made their home at a building that became known as Bowmans Lodge. Presided over by the Prince of Wales, who went on to reign as George IV, this first archery society with royal approval since the Norman conquests became very popular. Subsequently, the surrounding locale became known as Bowmans, with buildings, roads, farms and quarries bearing the name over the next 250 years. Bowman Cycles is just the latest in a long line of endeavours to pay homage to the area’s history.